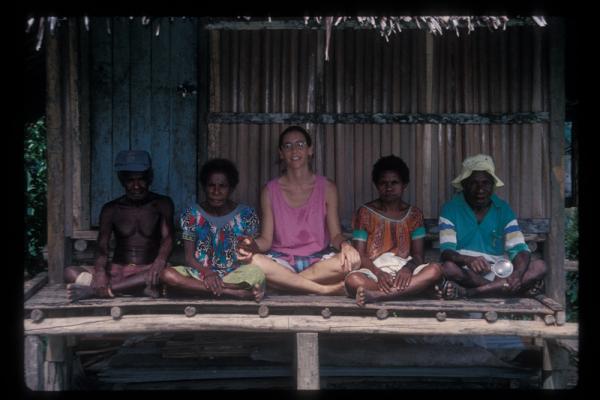 Welcome to the home page of the Arapesh Grammar and Digital Language Archive. The archive was conceived as a way of preserving, integrating, and disseminating some of the rich documentary material that has been produced on the Arapesh languages - Arapesh, Alpeʃ, Arəpec, Bukiyip, Wəri, Ilahita, Abuʔ, Muhiaŋ, "Apəkiɲ Boraɲ" or "our talk" - languages traditionally spoken by some twenty five thousand villagers living on the coast and in the Torricelli hills of East Sepik Province, Papua New Guinea. Arapesh is of special linguistic interest because of its typologically unusual system of grammatical categorization that makes systematic reference to a noun’s sound, as opposed to its meaning, in order to determine its class and hence what plural marker and agreement forms it will take.

Like numerous other minor languages the world over, the Arapesh languages are endangered. Many Arapesh villagers today use Papua New Guinea's creole lingua franca, Tok Pisin, as their medium of communication in daily life. In some cases, middle aged adults can understand but not speak the language, and their children have almost no knowledge of their ancestral tongue at all.

The core of the archive consists of transcribed audio recordings and a lexicon; these represent Arapesh varieties spoken on or near the coast in the villages of Wautogik, Woginara, Dogur, and Balam. It is hoped that these and other materials brought together in the archive will serve as a useful resource for anyone interested in Arapesh, including scholars, students, and Arapesh people themselves.

We are grateful to the National Endowment for the Humanities for financial support, through the Documenting Endangered Languages program, that has made this project possible.